This article is a post that comes from Greening Forward’s legacy blog. It was originally written on May 24, 2009. 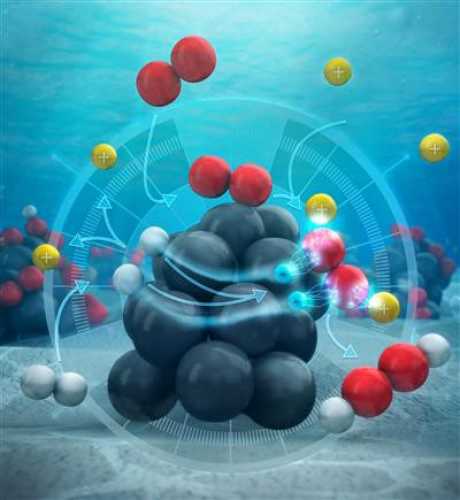 Chlorine bleach is a chemical that most of us have in our homes. It’s very handy for multiple applications including cleaning and disinfecting, but may not be all that earth-friendly. A good alternative to consider is hydrogen peroxide.

Most of the debate about chlorine bleach (sodium hypochlorite) stems from its ability to form more toxic byproducts such as dioxin, furans, and other organochlorines when reacting with other elements.

Hydrogen Peroxide on the other hand, is simply water with an extra oxygen molecule (H2O2) and breaks down into oxygen and water. It’s certainly kinder on the environment. H2O2 is produced by both animal and plant cells and is formed naturally in the environment by sunlight acting on water.

Many industrial bleaching operations, such as those used in the production of paper, are increasingly moving towards the use of hydrogen peroxide for a greener bleaching process. It’s also the active ingredient in many “oxygen” bleaches and is used extensively for lightening hair.

Do be careful when purchasing and handling this substance as some commercially available “food grade” hydrogen peroxide is 35% pure, highly corrosive, and can be toxic or fatal if ingested at that strength.

Hydrogen peroxide should be diluted down to 3% as a base for most applications. It’s also readily available in 3% solution from your local pharmacy or drugstore; which is probably the preferable and safer way to buy it, especially if you can take your empty bottles back for exchange/refilling — that can help cut down the cost.

If you choose to dilute a 35% solution yourself, add the hydrogen peroxide to distilled water rather than the other way around, and wear gloves, body and eye protection when doing so.

– Keep it out of direct sunlight and in a cool place, as exposure to the sun and heat will quickly break it down into oxygen and water; rendering it ineffective. Store it in a dark bottle and remember to keep it out of reach of children.

– Dip your toothbrush in a 3% solution of hydrogen peroxide solution to help kill bacteria on the brush after brushing.

– A tablespoon of 3% hydrogen peroxide solution in a cup of water can be used as a mouthwash — swish for up to 60 seconds once a day, but don’t swallow and be sure to rinse your mouth out afterward. This can also help whiten teeth.

– Half fill a spray bottle with a 3% solution and then top it up with water for use as a bathroom and toilet disinfectant and cleaner. This is especially useful if you have a septic, greywater, or blackwater treatment system as it won’t harm the bacteria in the treatment areas — the hydrogen peroxide would have diluted to a point that renders it harmless by that stage through the interaction with flush water.

– Mix a 3% hydrogen peroxide solution with two parts water in a spray bottle and use on areas affected by mold. You can try a neat 3% solution for areas like bathroom tiling, but be careful on the strength in relation to painted items as it may bleach them.

– Use 3% hydrogen peroxide to sterilize cuts and abrasions — the fizzing you’ll see occur is normal.

– To help kill bacteria such as E. Coli on fruits and vegetables, add a quarter cup of 3% hydrogen peroxide to a sink full of cold water. immerse, rinse with cold water and drain. By killing, bacteria will also help keep fruit and vegetables fresher for longer. You can also use a spray bottle containing a 50/50 mix of 3% hydrogen peroxide and water — just spray and rinse.

– Remove blood stains from clothing by blotting the stain with 3% hydrogen peroxide, then rinse promptly with cold water to avoid bleaching of the fabric.

– To remove yellowing from lace curtains or tablecloths, fill a sink with cold water and 2 cups of 3% hydrogen peroxide. Soak for at least an hour, rinse in cold water, and air dry

So there you have it — hydrogen peroxide can not only be a more earth-friendly replacement for chlorine bleach but has many more uses around your home!

In researching this article, I found all sorts of weird and wonderful tips relating to ingesting and inhaling hydrogen peroxide. Some claimed cures for cancer and many other ailments. Please, consult your doctor before ingesting hydrogen peroxide — bear in mind that it can be quite corrosive in higher concentrations and cause damage to your respiratory and digestive tract.