HomeBlogAlternative to Pesticides Hiding in Your Pantry?

Alternative to Pesticides Hiding in Your Pantry?

This article is a post that comes from Greening Forward’s legacy blog. It was originally written by Haley Paul on August 28, 2009. 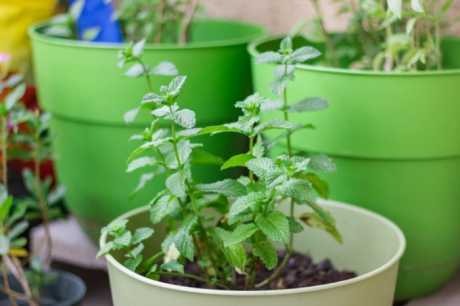 Trying to rid your garden of those annoying aphids, catastrophic caterpillars, and monstrous mites, but don’t want to add artificial chemicals to your garden by spraying pesticides? If so, look no further for a natural alternative than that box of herbs you have sitting on your windowsill.

Ok, so not all of us have an herb garden growing by the window, much less a regular garden sprouting in the backyard (but hey, we’re trying!). Yet pesticides made from herbs such as rosemary, clove, mint, and thyme offer much promise in the challenge to grow more food organically, according to the BBC.

The news, emerging from a decade-long study by scientists at the University of British Columbia, may not come as a surprise for people who grow organically and have used these herbs first-hand. For example, it has long been custom in organic agriculture for growers to plant herbs near or with other crops to act as a buffer zone or a deception mechanism to keep pests at bay.

As the organic agriculture industry potentially becomes larger and looks for similar economies of scale found in conventional agriculture to help cut costs, any tool that “expand[s] the limited arsenal of organic growers to combat pests” is welcome news, says the research project’s leader, Dr. Murray Isman, to BBC News.

However, some argue that the use of pesticides — organically approved or not — is still not an ideal strategy for growing a garden or operating a farm. This is because all types of pesticides have the potential to kill off beneficial insects that perform crucial tasks such as pollinating plants and preying on pest bugs.

Strategies that can help cut back on the need for pesticides in the first place are a crucial element to growing organically, according to Brad Jaeckel, manager of the Organic Farm at Washington State University in Pullman, Wash.

In his practicum course on organic agriculture taught at WSU, Jaeckel emphasizes two important themes that promote soil and plant health, lessening the need to use pesticides:

It is important to keep in mind that each farm and garden is unique. Factors such as geographic region, local weather patterns, hills, and slopes have an impact on the crops and pests that may prey on them. Experimenting and experiencing for yourself is likely the best way to decide what is best for your operation.